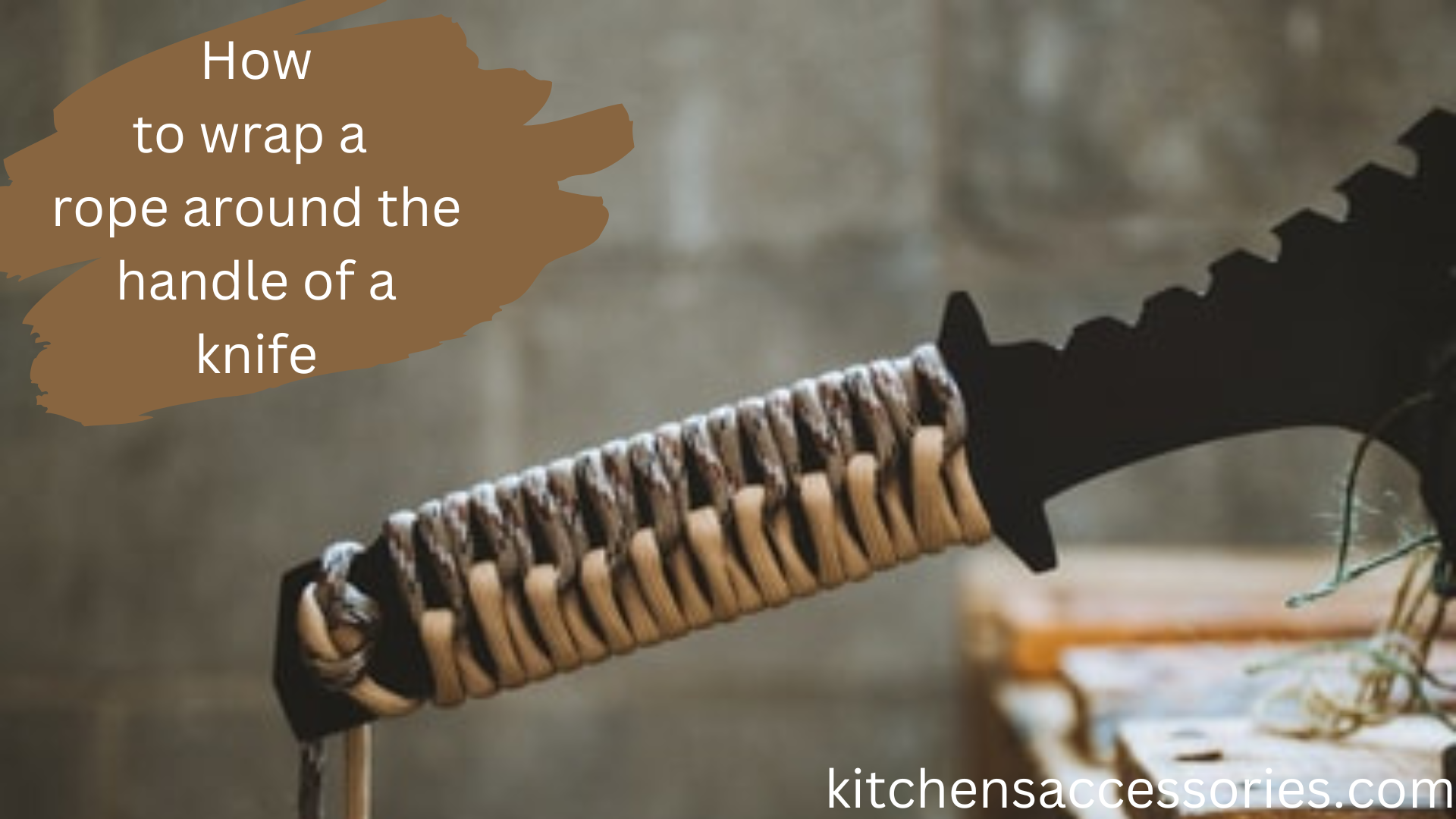 How to wrap a rope around the handle of a knife

Wrapping a rope around the handle of a knife or some similar tool offers more traction, making it easier to hold. There are several ways to wrap a rope. Most are quite simple and just as practical, so the right choice is a mere aesthetic choice. Tie the string to the empty end. Slide both ends of the rope through the hole located at the bottom of the handle. Tie them in a tight knot to secure the wrap.

Tie the ends together. Cut the glued side of the rope so that the tail is about the same length as the loose end that is still hanging from the bottom of the handle. Tie both ends together in a tight knot. Weave the right end back into the row. Take the other end (the one you haven’t worked with yet) and slide it into the loop starting from the back. Pull it back through the left side of the handle.

Cross the far right. Take the right end of the rope and cross it over the top of the handle, under the previously formed loop. Slide the right end under the left, pulling it from the bottom to the top.

Weave the end into the loop. Take the end you worked with in the previous step and loop it around the handle starting from the right side.

Repeat the operation as much as necessary to cover the handle. Continue making crisscross turns on the knife, keeping them as snug and close together as possible, until you reach the bottom of the handle.

Tie the last knot. Tie the ends on both sides in a tight knot. The resulting bow can be used as a wrist bow.