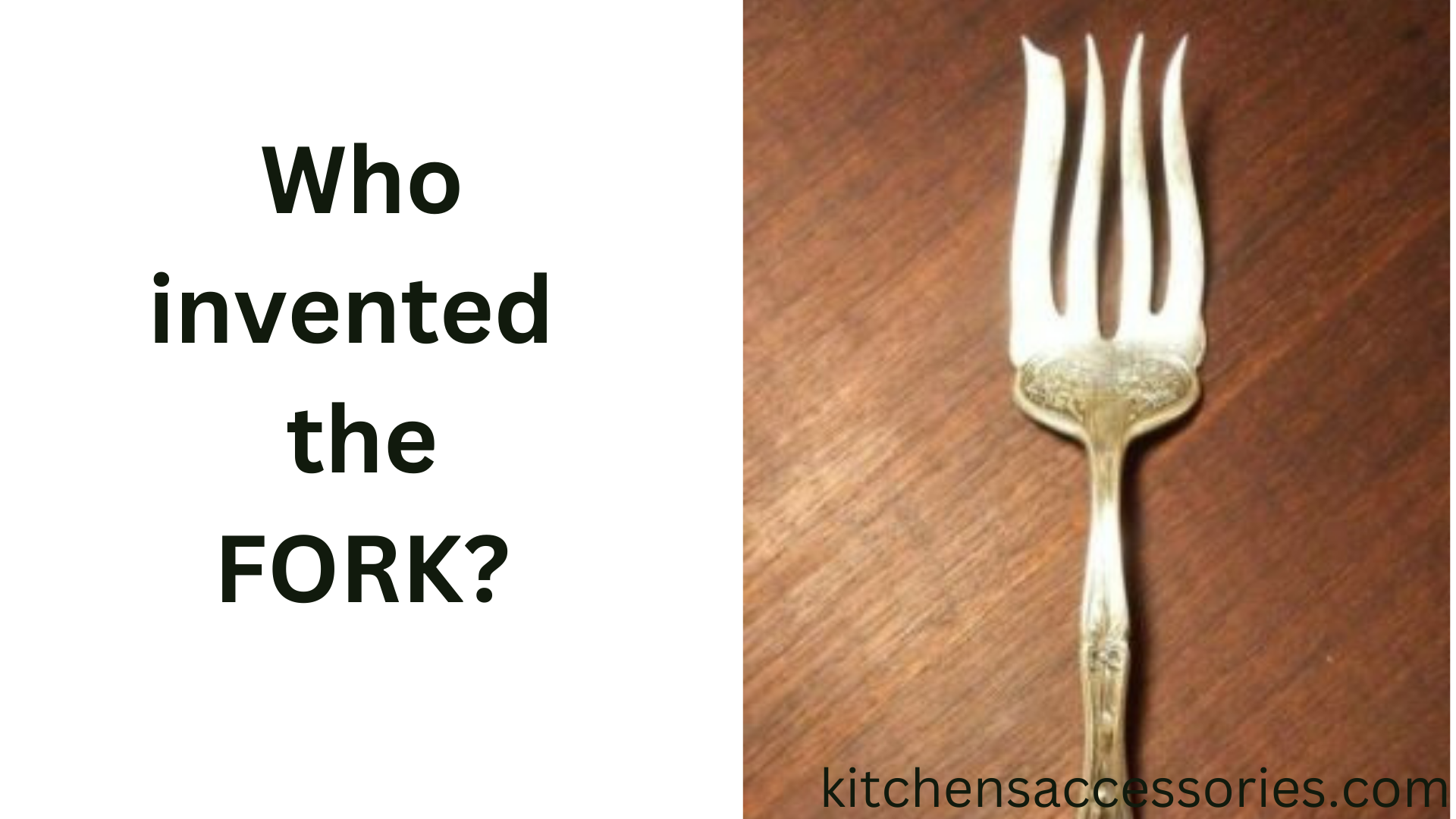 who invented the fork

Although the origins seem to be unclear, most of the documents consulted agree that the fork may have originated in the 11th century. It was born as an instrument, a skewer, with a single tooth -although there are those who affirm that it could have been two-. He had it made a Byzantine Princess named Theodora, daughter of the Emperor of Byzantium, Constantine Ducas.

This utensil was manufactured to be able to take food to the mouth , without having to use the hands. Some authors say that this “skewer” was made of pure gold. But his beginnings were not easy . This new instrument, coming from Constantinople, suffered a general rejection.

Various types of reasons were given, although the main one was due to the lack of expertise of those who used it . The skills displayed with the fork by many people were not commendable. They pricked their tongues, gums, lips… they used it as a toothpick, to scratch and rummage… It came to be called a ” diabolical instrument ” by Saint Peter of Damian , who considered the use of a fork too refined in foods.

Princess Teodora marries Doménico Selvo , son of the Grand Duke of Venice, and tries to impose this new utensil, known as ” fourchette “, which comes to mean “skewer” at court. But as we indicated previously, the reputation of the Princess for being refined and sophisticated did not fall in favor with her courtiers and the new instrument was not successful. But this pioneering fact, for the time, will have repercussions a few centuries later, not only in Italy, but throughout the world. It seems that King Henry III was one of the forerunners between the years 1574 and 1589, trying to extend the use of this utensil in his refined French court, with some slight variation with respect to the original model of Princess Theodora, since it had with two teeth and a somewhat broader handle .

In the 17th century, and in advance of its generalization throughout Europe (late 18th and early 19th centuries), the British discoverer and expert traveler, Mr. Thomas Coryat , discovered this new tool on one of his trips to Italy . References to this new cutlery can be found in one of his diaries:

Why are Italians scared of someone who touches their food with their hands?

Although they were pioneers in Europe , they ate centuries ago as they still do in old Europe, without breaking the rules of courtesy or etiquette; the only valid instrument to ingest food were the hands . All of them came prepared (even the chopped meat) to be eaten with the tips of the fingers, without this being considered an offense to good taste. In addition, there was a series of rules, such as cleaning your fingers after each dish, and not sucking them. Henry III of France , forerunner in Europe of the use of the fork, establishes one of the first codes of good manners in which we can find some rules or advice on eating with the hands: “Take the meat with three fingers, without taking large pieces that do not fit in the mouth, and avoid having too much time hands on the plate.” After Henry III, Charles V of France discovered the use of the fork on a trip to Venice . But given his “fame” as effeminate and refined, he was considered a tacky and effeminate object.

In Europe we can say that its use is generalized from the end of the 18th or beginning of the 19th century, depending on the countries, later extending to the rest of the world, in many of whose places similar utensils are used.

It may interest you: More than 32 different tableware. Part types and their use

In Spain, although its use was generalized at the beginning of the 19th century , there are some references to the 14th century, in which the master carvers already used a hook or skewer, which is referred to in the work ” Arte Cisoria ” of 1423, where the Marqués de Villena makes this description:

Also, it is said that the Emperor Carlos V had used it on certain occasions, and that Felipe III , was another of the discoverers of the fork in Spain back in the 17th century.

The first industry that began to manufacture these new utensils in Spain was located in Barcelona at the beginning of the 19th century.